On the last day of the year 2016 I was looking back at the past year.  It has been an extremely busy year. Business wise I was mainly working for two customer projects, managed to get our Data Validation Framework ISV solution into “AX7” and did some smaller tasks in between. In private I coached 2 baseball teams of my sons. In addition, I did contribute quite a lot on answering questions on forums and writing some blogs. Together this felt like having work weeks of 60-70 hours. It was the year where I reached 20 years of work experience (all in ICT). In this blog, I will quickly look back at the 20 years and also look back at the year 2016.

In August 1996 I started my career as employee in a small software company. Two weeks after I started, contracts with Navision Netherlands were signed to become a partner and we started selling and implementing Navision Financials 1.0. At that time, quite unique as a full Windows based accounting system. This is the predecessor of the current Microsoft Dynamics NAV product. In 1998 I had a look at Damgaard Axapta 1.0. At that time to evaluate if we could setup a new value stream to also sell and implement this product. It was not mature enough at that time… In 2001, I moved to a Damgaard partner to become an Axapta consultant. Navision and Damgaard shortly before had their merger to become NavisionDamgaard. From that year, Axapta became more and more popular.

In the years starting from 2001 I had done some normal implementations, but somehow, I also got involved in many special projects where I really learned the product thoroughly on both functional and technical side. Thank to these experiences, I’m now able to write blogs and share my experience with answering questions on forums.

During the years, new versions of Microsoft Dynamics AX were released and the product became more and more a real ERP solution which could compete with other leading software solutions like Oracle and SAP. In the most recent years, the word “cloud” became more and more an important topic. Microsoft introduced Azure as their cloud solution and evolved the cloud options. After Microsoft Office and also CRM was moved to the cloud, a big next step was bringing ERP to the cloud. Other software vendors like Salesforce.com and Netsuite were offering cloud solutions quite successful. The code name Rainier was introduced and details were really kept secret for the market and also the partners. The code name for this project was renamed to AX7 which is still a common word for the recent product name Microsoft Dynamics 365 for Operations. This brings us towards the year…

Microsoft released the cloud version of Microsoft Dynamics AX. For a customer who wanted to upgrade from AX2009 to AX2012 initially, I did a job to review the pains in their current AX2009 version. Their environment was heavily customized by the previous and the current maintenance partner. During several interviews, there were points mentioned which should be improved. Also they had an ICT strategy to use as much as possible of the cloud. The ICT statement was: “Cloud only, unless…”.  Microsoft Dynamics AX 2012 on-premise did not meet this requirement. Just before “AX7” was released, this customer made the decision to go for Microsoft Dynamics AX: the cloud version. Another statement for the upgrade/re-implementation was “No customizations, unless…”.

A big challenge as the current AX2009 environment did contain customizations. Together with the current partner we started working on the new project. In this post, I cannot reveal the details related to this implementation, but I can tell that we managed to have only customizations for integration purposes and document lay-outs. Thanks to new features ,which were not available in their AX2009 environment, slightly other setup and also our Data Validation Framework add-on (to control specific data entry), all other customizations were not implemented. We built the customizations with only extension models. No overlayering of standard Dynamics coding is used here. In my opinion namely with Microsoft Dynamics 365 for Operations which is running in the cloud, you should really make efforts to prevent using customization models. This is because extension models will make it much easier for upgrades to newer versions or even install hotfixes. I will repeat my opinion on this in future blogs and forum answers.

It was also a year where I had to deal with performance problems in an AX2012 implementation. One of the special causes: A select statement which only took some milliseconds in SQL server caused a duration of 50 seconds within AX. This appeared to be caused by a new custom table which had an entire table cache. The developer expected this table to be a kind of setup table where it was a transaction table with fast growing number of records. The AOS server was busy with building caches (and flushed due to caching limits) instead of printing the sales invoice quickly. At this same implementation, we encountered a kernel issue due to the high number of legal entities. The AOS service did crash on a very rare combination of database calls. Microsoft was able to solve this, but had to touch a core part of the kernel. So after thorough testing we were able to implement the hotfix.

Also in this year AXUG had a new event in Europe: The AXUG European Congress. I was invited as MVP to do a presentation related to Data Import/Export Framework. This AXUG event appeared to be a success in Europe. AXUG will be back in Europe with the Summit EMEA, April 4-6, Amsterdam – The Netherlands. I will do some presentations again. I will hope to see you all there.

The cloud has definitely advantages, but also some disadvantages. Backup, storage and high availability are some technical pros. But what happens if your internet provider has an outage? For that reason, Microsoft Dynamics 365 for Operations will bring some features this year available on premise, like warehouse operations and manufacturing execution. In this way Microsoft will offer a hybrid cloud which brings the best of two worlds – cloud and on premise – together.

Remembering how things were 20 years ago and compare it with the technology available today, the changes in the software industry can be truly named as a revolution. I still have my computer which I bought in 1996. It is still working and was used a lot by the kids for playing games. Now the children are using tablets and smart phones with touchscreens. Also ERP has changed. Where it was a kind of form grids which looked like a DBASE 3 or Access application, now we have a cloud version Microsoft Dynamics 365. This version is using much more visualizations to interact with the users. Where you needed to print reports in the past to gather data for analysis, we now have e.g. Power BI embedded in ERP. What more will be possible with Cortana of even a HoloLens in combination with ERP?

I started writing this blog on the last day of the year. Time ticked already to the year 2017. I’m curious what this year will bring us. In this year, I will continue writing blogs and answering questions on the community. But most important will be to stay healthy and enjoy the family and life.

I wish you all a very happy and healthful new year! 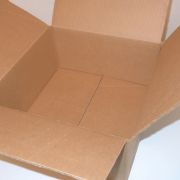 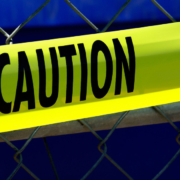 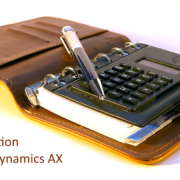 AX: How to enable the Contoso personas 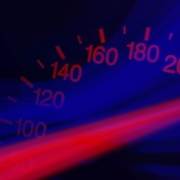 Slow or fast? Performance considerations for the while select statement