Blog - Latest News
You are here: Home1 / Prepare yourself for the Microsoft Dynamics 365 for Finance and Operations... 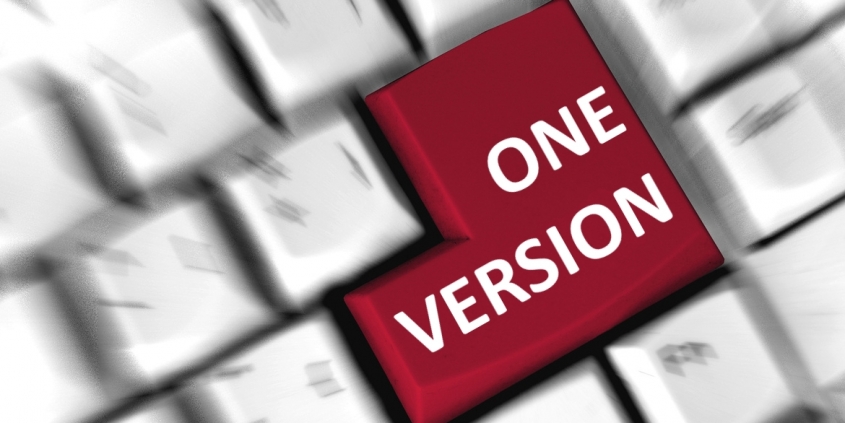 Starting in April 2019, all Microsoft Dynamics 365 customers will run on the same version and code base. This means from Microsoft point of view. It is still possible to have own customizations and ISV solutions in your own environment. The standard application will be the same for all customers. As of April 2019, the product version number will be 10.0. From that moment, you can expect major released every April and October. In between there will be continuous updates for platform, application and financial reporting fixes as well as smaller functional features and regulatory requirements.

Version number ‘9’ will be skipped for Finance and Operations. What would be the reason? I don’t think it is following the Microsoft Windows version numbering, but currently Customer engagement is on version 9. To have a single product range on the same vision, I do think Microsoft wants to align the version numbering to be exactly the same.

Some more detailed information will be made available soon by Microsoft. For now, you can read some documentation and prepare yourself. There is a page with some questions and answers which will be updated to also have one version of FAQ related to the One Version continuous updates. Please read this FAQ page carefully as it can impact your organization.

If you are already running Microsoft Dynamics 365 for Finance and Operations and you are on version 7.3 or below, the product will be considered as end of service after March 31, 2019. Also the service will end for version 8.0. Microsoft is suggesting to move to version 8.1 as soon as possible.

If you are already on version 8.1, then you are already enrolled in the continuous update plan. The 10.0 version will be an update when coming from this latest version; not an upgrade.

If you are running on version 7.3, then in general you also have to be on version 10.0 starting April 2019. However, there is one leap year to get the version upgraded to the latest version and move all overlayered coding into extensions only if you have unfulfilled extension requests submitted January 1, 2019 latest. If you do miss extension points, you need to log extensibility requests as soon as possible to be able to be ready in time. If you do not have submitted extension requests, you are expected to have no issues for upgrading and your 7.3 environment will be considered as end of service starting April 2019.

When I heard the first time about the plans for continuous updates, I tried to consider them to be like Microsoft Windows and Office updates. You don’t ask what’s in there, but you just trust it and install them. For sure, I know better. But I also tried to share the thought of having platform updates like Windows updates to customers. I was on speaking terms at one customer on this idea, but we encountered some issues during two upgrades. So for sure testing should be done. Microsoft itself is doing a lot to prevent having regressions or bugs in their products. They are using tools for regression testing and also ask persons which are part of the Private Early Adaptors Program (PEAP) to test the software and provide feedback.

Before applying updates, you should also perform some testing. As this would be a big workload on business users, Microsoft released a tool which can help on testing. In fact, it can run automated test scripts. On the internet, you can find more information on the Regression Suite Automation Tool. Also to test if integrations are still working, you can use the Data Task Automation.

At the moment of writing this blog, Microsoft did not publish the release notes for the April 2019 version. Some topics are already written in the October ’18 release notes. Keep an eye on upcoming announcements where a new tile for April ’19 will be expected on the Business Applications Release Notes index page. For now, be patience…

Update December 13,2018: Microsoft also published a blog post around this topic: https://cloudblogs.microsoft.com/dynamics365/2018/12/12/announcing-the-dynamics-365-april-19-release-timeline/ The release notes will be published Janury 21, 2019. 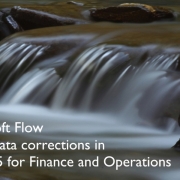 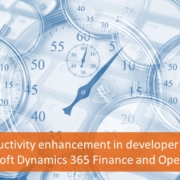 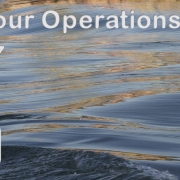 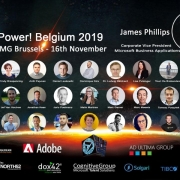 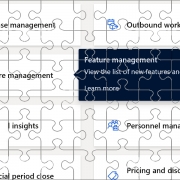 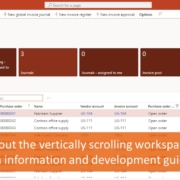 About the vertically scrolling workspaces in Dynamics 365 F&O 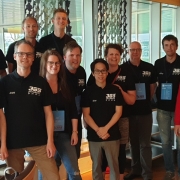