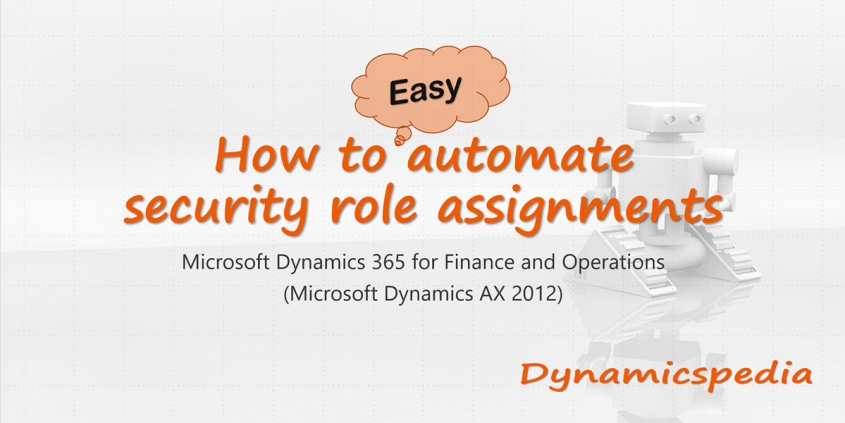 You might know that the security administration is one of my favorite areas in Microsoft Dynamics 365 for Finance and Administration. I love to share the knowledge I gained to help other people and organizations. In this post, I will give a summary of former posts and how-to setup easy automatic role assignment.

Automatic role assignment is one of the features that is forgotten or overlooked during implementations. In many cases, manually assignment is used where you can make a lot of mistakes. Some mistakes might be assigning a wrong role, but if you have multiple legal entities in your environment, you might also forget to assign the correct legal entities. This all can lead to unwanted permissions for users, but maintaining the security role assignment in this way is also laborious.

I have talked with larger organizations having over 2500 legal entities and more than 1500 system users how to minimize the effort on the IT department for assigning the correct roles. In various implementations I have used the automatic role assignment to reduce the throughput time for setting up a worker with the correct access permissions. With just a user ID or name, you can’t achieve it. You need to have attributes of the worker to know what should be assigned.

In many companies, there is a form which should be completed to request user accounts. An administrator should then create an (Azure) Active Directory account and then also assign licenses for e.g. Microsoft Office, Dynamics 365 for Sales, Dynamics 365 for Supply Chain Management. On the form, next to a location, there is usually also a section which tells which roles should be assigned. Now with the location and roles on the for, you would like to complete the task as quick as possible. Finding a role is quite easy, but assigning the correct legal entities would be a bit more difficult based on a location.

An ideal scenario would be to have groups per location (country, group of companies). For example, you might think of the next example:

The automatic role assignment feature is a framework where you can create rules on each security role and assign the correct legal entities using organization assignments. The rule is based on a query which start from the Users table. You can join other tables and filter ranges on the advanced query dialog. A few use cases are mentioned in two blogs I wrote in the past. At that time, the blogs were written based on AX2012. In concept, there is no change in Dynamics 365. The only changes, you can find in the data model.

In the first blog about automatic role assignment, I wrote about how to find the users in the system who are a project time sheet user. This was based on the worker setup. Unfortunately, the data model has been changed compared to Dynamics 365. The user is now linked to a resource instead of directly having a project setup on the worker. Below, you will find a slide deck of a recent presentation I did on the 365 Saturday in Brussels. One of the slides contains the query from user to the resource project setup.

The second post about automatic role assignment, has an explanation how to create a custom query in the application development area to be able to reuse the same query again which makes it easier to setup the rules for automatic role assignment. This also solved issues when you can’t create all table joins correctly due to missing or more than one table relations between the same tables. This example is about how to find which users are a manager in the HRM position hierarchy.

Both posts did not tell about the option to use groups like mentioned above. There are two entities where you can map users to a kind of group. The first is the User group concept. Another option is the internal organization Teams. My preference between these two options is using the Teams as it has more space for making descriptions and team membership is date effective. This is useful, so you can plan for workers leaving the company or replacements during absence.

As you can see, there is a link between a user and a group like the Active Directory groups. The difference is that the assignment will be done in Microsoft Dynamics. Now, per role, you can create rules to get the users per team. The data model is not that difficult, but to be able to setup the rules more quickly and prevent errors, I did create a custom query for this. If you continue reading, you will find links where you can download a free customization which contains the query from user via person to the team assignment.

Once the rules are all setup based on the grouping, the automatic role assignment logic will manage the role assignments and also the restrictions on legal entities.

To be able to manage user group or team assignments easier, I do think it makes sense to have a view from the point of the user next to the option to e.g. assign users to teams. When you create a user, you would also directly like to assign the correct groups or teams. For that reason, I have also created two forms as customization which can be started from the main menu, but also from the User details.

Usually, when you create users in advance, you don’t have to worry about the assignment of the roles itself. It will be done by the batch job for automatic role assignment. There are scenarios where you would like to run the job manually. However, in that case, it is per role. When there is an acute need to create a user, you would probably like to run the role assignment job directly for this user. This option is also part of my example customization.

I have created a GitHub project where you can download the above-mentioned customization including some sample AOT queries to extend the choices when creating new rules. The queries included are:

You may freely download, use and modify the software to your needs. You can read the exact license details on GitHub and when you download a release. The software is shipped as a model file. The software is provided as-is without warranties. When there will be improvements, I will release new versions. If you find any bugs or have some additional ideas, I can decide to fix the issues or add features. To install the software, you can read the documentation online how to import models:

If you are using AX 2012 R3, be aware that the System administration menu is overlayered and you probably have to merge existing customizations. When you have an older version of AX 2012, you can try to extract an XPO from an AX 2012 R3 environment. Or contact me using the comments below or contact form. Then I can provide the XPO file to you.

Two times, I did a presentation related to the automatic role assignments. You can find the slides below. The contents might be helpful for you to also start using it or improving the security setup in your current or future environments. If you go to SlideShare, you can download a PDF version of these slides which will probably have a higher resolution. 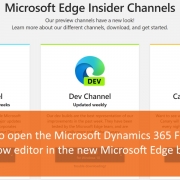 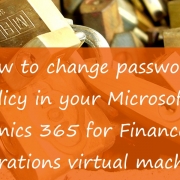 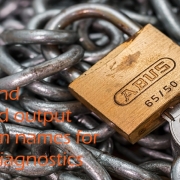 Where to get the Public Sector demo data…?
Scroll to top